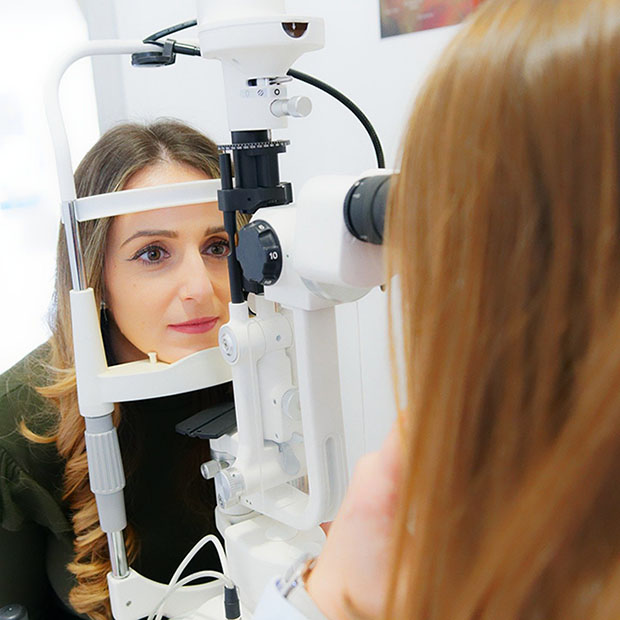 Cataracts are the world’s leading cause of blindness, and the history of treating them is long and fascinating.

Over 20 million adults 40 and up in the US will develop cataracts, and by the time they reach 80, half of them will. Normally, the lenses in our eyes are filled with transparent protein, but the protein can become clumped together over time and turn opaque, resulting in symptoms such as light sensitivity, glare, dim or clouded vision, halo effects around lights, impaired night vision, double vision in a single eye, faded colors, and more frequent changes to glasses prescriptions.

Cataracts may actually be one of the first ailments people attempted to treat surgically. Our earliest records of it date back to 600 BC. In those days, they used something called the “couching” technique, which involved smacking the eye with a blunt object until the lens dislodged entirely. While it could improve total blindness, this technique left the patient completely unable to focus their vision. We don’t recommend it.

Couching improved a little when they started doing it with sharp instruments instead of blunt ones, but it still didn’t get much better until the year 1747. Jacques Daviel, a French surgeon, is credited with performing the first extracapsular cataract extraction — actually removing the cataract rather than merely dislodging the lens. Combine that with topical anesthesia and it was a major upgrade to the procedure. Still, there was no way to replace the opaque lens with a clear one.

French Impressionism and Cataract Surgery in the 1920s

No one wants their vision blocked by cataracts, but it’s a particularly intolerable condition for someone who paints for a living. Such was the fate of Claude Monet, perhaps the most famous Impressionist painter. His vision began deteriorating from cataracts in his mid-fifties, which is clear from the increasingly muddy color palette in his paintings from that time.

Monet hesitated to get cataract surgery because it hadn’t gone well for some of his fellow artists. He tried eye drops for a while, but eventually gave in and got the surgery on one eye in 1923. He proved to be a very uncooperative patient, but the combination of surgery and thick glasses did grant him the improved vision for the next few years. His paintings during that period look much more like his pre-cataract work.

If he lived today, Monet never would have hesitated to get cataract surgery. Thanks to advancements with silicone and plastics, there’s no need for bulky glasses because clouded lenses can simply be replaced with artificial ones! Every year, three million Americans undergo cataract surgery, after which they enjoy up to 20/20 vision, even if they haven’t had it in decades. Cataract surgery has an incredibly high success rate, at around 98-99%.

Have You Noticed Any Cataract Symptoms?

If you’ve been experiencing any changes to your vision that sound like the ones we listed, we recommend scheduling an eye exam. In this day and age, there’s no reason to suffer vision loss from something so easily reversible.

Our top priority is your lifelong clear vision!